The new Millionka art space will be created in Nizhny Novgorod 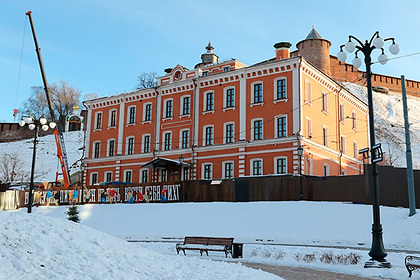 A new Millionka art space will appear in Nizhny Novgorod. It is planned to be located on the territory of Kozhevennaya Street and the lanes adjacent to it, Alexander Serikov, Chairman of the Board of the Nizhegorodskaya Land Foundation, said in an interview with KP.RU.

Nizhnevolzhskaya embankment to the edge of the Kremlin, “the source said, adding that in addition to Kozhevennaya street, the mentioned section contains several lanes, including Rybny, Kazarmenny and Kozhevenny.

According to him, the project of historical and cultural tourism decided to devote the history of the poor who lived in the 19th century. “The future” Millionka “will demonstrate the system of values ​​of the environment and life of the Nizhny Novgorod vagrant, in which Maxim Gorky created his works,” Serikov said, noting that the territory in which they wanted to create an art space is of great importance for the history of the city.

Earlier it was reported that more than 600 works by almost 500 Russian artists were presented at the Unity exhibition in Nizhny Novgorod. The exposition opened at the Nizhny Novgorod State Art Museum (NGKhM). It will run until December 5.