Astv.ru: at a Sakhalin school, a teacher played with students to strip 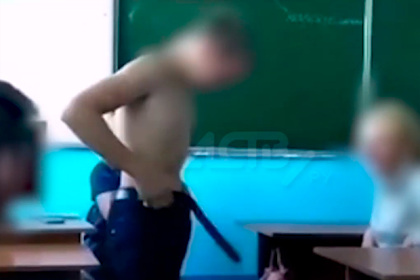 children in “rock, paper, scissors” for undressing. This was reported to astv.ru by the mother of one of the teenagers.

The incident took place back in October in the village of Penzenskoye, Tomarinsky district. “This behavior is inappropriate within the walls of the school. Therefore, we turned to the director of the educational institution, but did not receive a clear answer, “the woman said.

The Ministry of Education of the Sakhalin Oblast said that a psychologist is working with schoolchildren. A meeting was held with the parents of the eighth-graders who participated in the game, at which the majority recognized the teacher's behavior as unacceptable. The teacher quit shortly thereafter.

The regional prosecutor's office began investigating the incident. “In the course of supervisory measures, a legal assessment will be given to the implementation of legislation on education and basic guarantees of children's rights,” the report says.

Earlier, a gymnasium teacher in the Udmurt village of Krasnogorskoye was accused of beating schoolchildren. allegedly six children of the elementary school suffered from the actions of the teacher.