Point Estate: the area of ​​apartments for officials in Russia can reach thousands of square meters 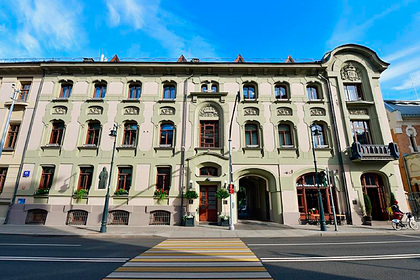 In Moscow, high-ranking officials prefer either small on the “Golden Mile” – in the vicinity of Ostozhenka Street), or specialized houses for diplomats and people of a similar rank – with security and special communications, Roman Amelin, sales director of the Point Estate premium real estate agency, told Lente.ru.

The area of ​​bureaucratic apartments, as a rule, starts from 200 square meters and can reach thousands of “squares”, the expert revealed the details. Irina Dobrokhotova, the chairman of the board of directors of the BEST-Novostroy company, in turn, said that Russian officials place high demands on the privacy of the residential complex. In addition, when choosing an apartment, officials pay great attention to the social environment – the closest neighbors, the specialist said.

In general, in recent years, the preferences of buyers of high-budget real estate, including officials, have not changed much, Dobrokhotova said. According to Amelin, in Moscow, the fashionable districts among civil servants sometimes change. If in 2015-2018 they preferred Arbat and Tverskaya, then the demand shifted to Patriarch's Ponds and Moscow City. Most of all, Patriarshiye Prudy, Presnya, Yakimanka are in great demand.

For more information on what kind of housing Russian high-ranking officials choose, see the material of Lenta.ru.

Previously, the presidential press secretary Russia Dmitry Peskov commented on the scandal with housing subsidies, which were allegedly allocated to not poor officials. Only civil servants with low salaries are entitled to such payments, Peskov said.