HSBC: sales growth in the world despite the pandemic and supply disruptions are expected by 90% of companies 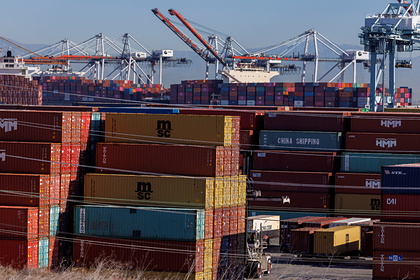 90 percent of global companies are not afraid of supply disruptions and the possibility of new waves of a pandemic. This is evidenced by the HSBC Navigator study (available to Lenta.ru), in which 7,350 business leaders in 14 countries took part.

The overwhelming majority of respondents (87 percent) considered expansion into new markets as a reason for optimistic forecasts. In relation to their companies, this factor was named as a key driver of growth by 46 percent of respondents.

More than half (56 percent) of respondents believe that their revenues will grow by more than 10 percent, almost a third (31 percent) say they are growing more than 30 percent. Average growth estimates are at 19 percent.

Seven out of ten participants in the study did not rule out the impact on income of disruptions in global supply, but only 23 percent see this factor as a serious threat. A new wave of the pandemic (40 percent) and rising inflation (34 percent) are much more worrisome. Others consider these possible circumstances less significant.

Chairman of the Board of HSBC in Russia Gregory Garnier stressed that, by and large, the current concerns are not reflected in the mood of the companies. Most are confident in a positive development of events and even have concrete plans of action.

Earlier, a survey of Russian entrepreneurs by the international consulting company PwC showed that 87 percent of them find it difficult to do business in Russia. Most often they complain about high taxes (66 percent), administrative barriers and bureaucracy (57 percent), increased government control and lack of government support (both options 46 percent, respectively). Only 10 percent thought it was easy to do business in Russia, most often this was answered by people aged 18 to 34.