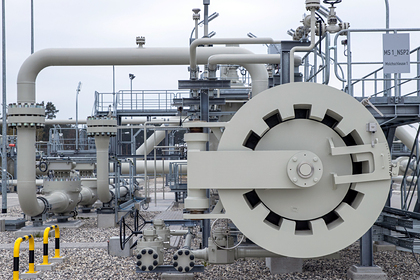 Co-chairman of the German Green Party Robert Habek, who was nominated as a candidate for the post of Minister of Economy of the Federal Republic of Germany, criticized the Nord Stream-2 gas pipeline for its non-commercial nature. He stated this in an interview with the Süddeutsche Zeitung newspaper.

According to him, Nord Stream 2 has never been a private economic project. Khabek stressed that it has always been of a strategic nature. He also noted that due to the implementation of the project, pressure will be exerted on Ukraine and the dependence of German politics will increase.

Earlier it was reported that the German party “Soyuz-90″/”Greens”, which had previously opposed the implementation of the gas pipeline Nord Stream 2, called the new US sanctions against the project unacceptable. “The new US sanctions are unacceptable even for the opponents of Nord Stream 2. It is we, the Greens, who have always fought against the pipeline, who cannot understand what kind of friendship they are striving for if they impose sanctions against friends when they do business with a third party, ”said Omid Nuripur, a Green expert on foreign policy.

At the same time, Nuripur noted that the party still considers the gas pipeline to be a “mistake” of the German government, however, the politician stressed, the United States has nothing to do with Nord Stream 2.