Former State Duma deputy Sopchuk, from whom 38 billion rubles were seized, was accused of money laundering 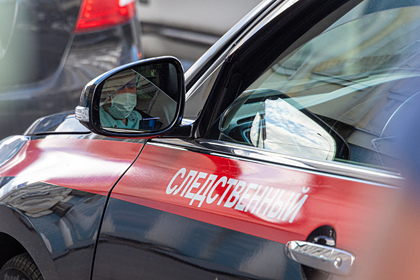 State Duma to Sergei Sopchuk, whose assets worth 38 billion rubles were confiscated under two articles of the Criminal Code. After that, he was put on the international wanted list. This was reported to “Lente.ru” in the press service of the Investigative Committee of Russia (TFR).

The ex-parliamentarian is charged with Articles 289 (“Illegal entrepreneurship”) and 174.1 (“Legalization (laundering) of funds acquired by criminal means “) of the Criminal Code of the Russian Federation.

According to the investigation, since 2011 Sopchuk has been combining commercial and legislative activities in violation of the law. To hide this, the deputy appointed a confidant as the head of his company, but he himself was the actual co-owner of the enterprise. Sopchuk provided his company with loans for one billion rubles.

When carrying out commercial activities, the deputy illegally used the status of a representative of the government to patronize his company.

Sopchuk's house was searched, documents were seized. He is on the international wanted list. The issue of his arrest in absentia is also being resolved.

In January it was reported that Sopchuk was illegally engaged in entrepreneurial activity, deceived the presidential administration and resisted the investigation. Assets worth 38 billion rubles were confiscated from him.

According to the prosecutor's office, Sopchuk, both personally and through the enterprises under his control, from 2011 to 2020 owned Terney Zoloto LLC, which has licenses for the development of Salyut gold deposits “And” Primorskoe “. At the same time, the deputy did not provide full information about the sources of his income.

He himself considers the claims of law enforcement agencies to be unfounded and unfair.