Rosselkhozbank: Russian wine exports in eight months of 2021 grew by 54% 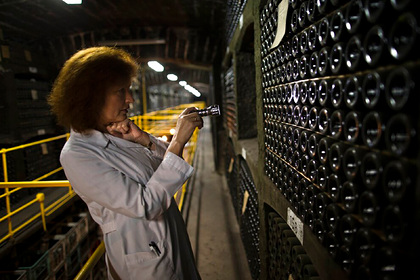 For eight months milestone up to 7.2 million dollars, reported “Lente.ru” in the Rosselkhozbank. Compared to the same period a year earlier, the volume of supplies to foreign consumers increased by 54 percent.

The Rosselkhozbank predicts that by the end of the year, the export of Russian products will amount to at least $ 13 million. The bank cites the improvement in product quality and the accumulated effect of the introduction of modern technologies and the development of new terroirs as the reasons why they rushed to actively buy Russian wines abroad. The industry was also helped by government support.

Neighboring countries remain the main consumers of Russian wine. This is due to both the historical similarity of taste preferences and logistics. In addition, in Europe, the positions of France, Spain and Italy are practically unshakable, while Chile and Argentina remain the favorites in America. Russian producers, according to the Rosselkhozbank, are better off focusing on regions such as the Far East and Southeast Asia, China is especially promising.

Sales of Russian-made wines have grown domestically as well, the chairman of the presidium of the Association of Retail Companies ( AKORT) Igor Karavaev. He noted that in response to the growth of consumer demand, stores are expanding their supply, and the demand itself, according to Karavaev, is due to an increase in product quality.