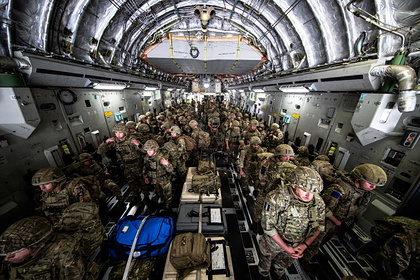 Germany as part of large-scale transformations in the army in case of war with Russia. This is reported by The Times.

Lieutenant General Ralph Wooddiss, commander of the ground forces, told the publication that London will create new military bases in Germany, Kenya and Oman. According to him, these facilities will help the country prepare for possible armed conflicts.

“I am putting special emphasis on Germany, where we will move a significant number of our armored vehicles so that we can move faster if it is needed somewhere on the land of the continent, ”Wooddiss said. According to The Times, the new units will include Challenger 3 tanks, Boxer armored personnel carriers, mine clearance equipment, drones and artillery.

On November 14, the head of the British General Staff, General Nick Carter, said that in order to achieve its own goals, Russia ready to use all the tools, but does not want to start a real war. In his opinion, the Kremlin intends to get what it wants using different global strategies, “in a much more delicate way”, and not by military actions.