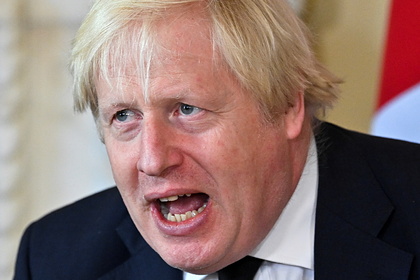 Three environmental activists sue British Prime Minister Boris Johnson's sabotage in the fight against climate change on the planet. The lawsuit is reported by The Guardian.

British eco-activists Adetola Onamade, Jerry Amokwando and Marina Trix, with the support of the environmental NGO Plan B Earth, accused Boris Johnson of violating his legal obligation to take practical and effective measures to address the climate crisis. Activists have filed a class action lawsuit in the High Court of London.

They are confident that the government of Boris Johnson violates human rights, ignoring the ecological catastrophe on the planet, and also discriminates against the young generation of the whole country and, in particular, London, which in the future will feel the main consequences of climate change. “The defendants know that climate change is a serious threat to life. They know that its impact is greatest on groups exposed to disproportionate and discriminatory risks, including complainants. They know what needs to be done, but they don't, “said Plan B Earth's lawyer Tim Crosland, representing the plaintiffs.

At the same time, QC Richard Honey, representing the British Prime Minister, indicated that the court should not accept this claim for consideration. “The human rights law does not give legal effect to the provisions of the Paris Agreement, so the court has no power to consider whether the UK is violating it,” said the lawyer. He also noted that claims by eco-activists are based on the assertion that climate change can lead to social and economic collapse, which, in turn, is generalized and hypothetical.

At the beginning of November at the 26th Conference Parties to the United Nations Framework Convention on Climate Change (COP26) Boris Johnson himself called on world leaders to “push all levers” to save the planet from a climate catastrophe. Countries, in particular, should identify market and non-market approaches to reducing greenhouse gas emissions, he said.