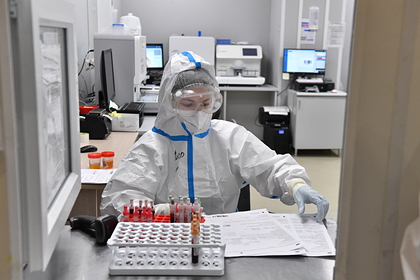 V.A.Engelgardt, Corresponding Member of the Russian Academy of Sciences Pyotr Chumakov, in a conversation with Lenta.ru, assessed the threat of the spread of the new COVID-19 strain around the world.

Earlier, the World Health Organization convened an emergency meeting on the new strain of coronavirus B.1.1.529, recently discovered in Botswana, South Africa and Hong Kong. A preliminary analysis revealed a large number of mutations in it, and British scientists suggested that the virus originated in a patient with a weakened immune system, probably an AIDS patient.

Chumakov admitted that the new strain could spread much faster than others. “Because a virus, when it starts to evolve, selects the most viable variants there, and if this variant is more viable than the previous variant, then, of course, it will most likely spread more successfully, but it is impossible to say in advance, in fact, that's why now they drew attention to it in order to study all its properties and assess the potential danger, “he said.

According to the biologist, the suspension of flights to South Africa will gain time to assess the situation and prevent the rapid spread of the new strain. “Now, in general, movement around the world is limited everywhere, so I don’t think it will spread quickly, especially Africa is more or less isolated,” the biologist said.

Earlier, the authorities of Great Britain and Israel announced the suspension of flights to the countries South Africa due to the discovery of a new strain in Botswana.