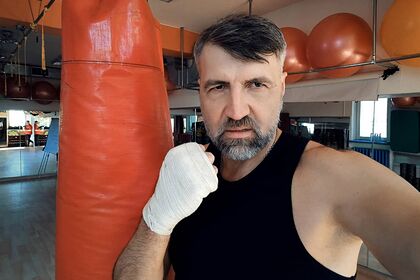 The Investigative Committee (IC) of Belarus has put artist Vyacheslav Sikoru on wanted list videos about President Alexander Lukashenko. This was reported on the agency's website.

The UK said that in August and September 2020, a resident of Mogilev, Sikora, published videos on social networks in which he “did not hesitate in his statements, insulting the president and law enforcement officers”, and also called for a violation of public order and disobedience to the authorities.

“During the investigation of the criminal case, it was established that V. Sikora was previously an actor of drama theaters in Belarus, as well as a film director and screenwriter of some projects,” the Investigative Committee said .

Sikora is accused of inciting social hostility, slander, insulting the president and publicly insulting a government official in connection with the performance of his official duties. He was chosen as a preventive measure in the form of detention.

“However, the man escaped from the criminal prosecution before the initiation of a criminal case and is currently on the international wanted list,” the Investigative Committee concluded.

Earlier it was reported that the arrested blogger Sergei Tikhanovsky, the husband of the former presidential candidate of Belarus Svetlana Tikhanovskaya, wrote a song called “This Way” about the fight against Lukashenko. It was performed by musician Kosmas.