Minister of Culture of Tatarstan Ayupova: the opening of author's workshops 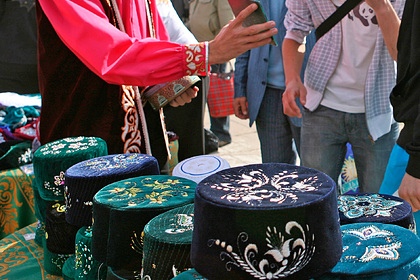 Author's workshops of folk crafts may appear in municipalities of Tatarstan. The Minister of Culture of Tatarstan Irada Ayupova told about this during the 27th meeting of the State Council of the Republic of Tatarstan, her words are quoted by the Tatar Inform news agency.

galleries for the demonstration of sales of products, “the head of the republican department clarified, pointing out that this requires the formation of a regulatory framework for intellectual property for art products.

Ayupova also pointed out that in 2010 in Tatarstan 11 types of developing folk crafts. A survey of the districts recently revealed that only seven of the abovementioned number of fisheries are still developing. It is noted that the most popular are the artistic processing of wood and metal, pottery and ceramic production, felting and felt craft.

According to the minister, folk crafts need support from the state. This is especially true during a coronavirus pandemic. Ayupova insists that the current legislation in the field of folk arts and crafts of the republic and at the federal level requires adjustments.

Earlier it was reported that a new sightseeing tour of Sviyazhsk would be launched in Tatarstan. It is known that the first group will leave Kazan on November 27. The trip will take six hours.