Bloomberg: Australia plans to build a wind farm in 2025 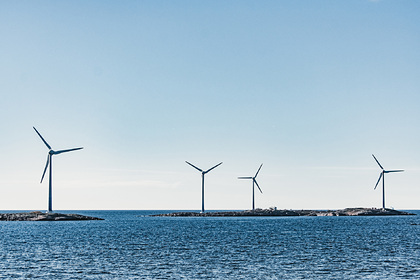 Australia has found an opportunity to reduce its dependence on coal. The country has adopted a bill on the marine power supply infrastructure, which will partially switch to wind power. Bloomberg reports.

The move drew a positive response from the country's first billion-dollar Star of the South wind project. “This bill is critical to kickstart a new industry, to realize Australia's offshore wind power, job creation and economic benefits,” said Star of the South CEO Casper Frost Torkhauge. Within the framework of the project, it is planned to start construction of a wind turbine with a capacity of 2.2 gigawatts already in 2025.

Offshore wind power could provide a new fossil fuel alternative for Australia, which has been criticized for using coal. 52 percent of the country's energy is generated from this type of fuel, which is considered the most environmentally dirty, 21 percent – from gas. Renewables account for just 24 percent.

Bloomberg analyst Leonard Cuong said offshore wind could have advantages over land-based alternatives or solar power. Including wind energy may turn out to be more reliable, but at the same time it is not yet known whether the project will be able to compete with fossil sources without government support. Kuong also stressed that Australia has enough proposed projects for wind and solar energy to meet all its needs.

Earlier in November, the government of the country announced in a report a possible increase in the national debt due to climate risks. Australia relies too heavily on coal and investors are eager to invest in green projects. Insufficient efforts to combat climate change could make loans to Australia more expensive, leading to an increase in national debt. The current plan to reduce emissions raises doubts among experts who consider the strategy adopted by Australia to lead to a climate catastrophe.