General from the United Arab Emirates, Ahmed Nasser al-Raisi, accused of torture, has been appointed President of Interpol 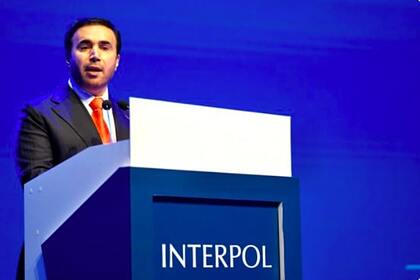 General from the United Arab Emirates, Ahmed Nasser the new president of Interpol, despite the fact that he is accused of involvement in the torture of political prisoners, reports BBC News.

Al-Raisi was elected at the 89th session of the General Assembly of the organization in Istanbul. Complaints lodged against him by citizens of Great Britain, France and Turkey, who were previously imprisoned in the UAE, including on espionage charges, were ignored.

Human rights organizations have been campaigning for several months trying to prevent, for an Arab general to head Interpol. In early November, the European Parliament announced that the election would hurt the organization's reputation. BBC News notes that al-Raisi was appointed after significant financial injections into the structure of Interpol from the UAE.

Al-Raisi began his career as a police officer in 1980. In 2015, he became Chief Inspector of the UAE Ministry of the Interior. Then he entered the executive committee of Interpol.

Earlier, the Vice President of Interpol in Russia, Police Major General Alexander Prokopchuk decided to resign of his own free will. He filed a report in connection with reaching the age limit. He turned 60 on November 18th.