Acting head of the Ministry of Emergency Situations Chupriyan: a rescuer who was presumed dead at Listvyazhnaya was found alive 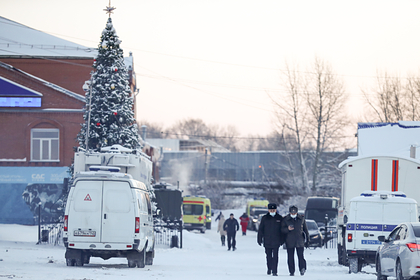 One of the rescuers who was presumed dead after the explosion in the Listvyazhnaya mine in the Kemerovo region, found alive. This was stated by the interim head of the EMERCOM of Russia Alexander Chupriyan, whose words are quoted by TASS.

Information about the survivor was also confirmed by the governor of the Kemerovo region, Sergei Tsivilev. According to him, the man is currently being taken to the hospital. In addition, the operational headquarters at the scene of the emergency said that the victim was conscious.

The press service of the regional government “Lente.ru” clarified that the information about the survivor has not yet been confirmed with certainty. “But we are preparing, we hope that it will be confirmed,” said the spokesman for Pavel Fomin.

The survivor went to the rescuers himself. At first he was mistaken for a miner

According to the Telegram channel Mash Siberia, a person who has been under the rubble in Listvyazhnaya for more than a day is currently in a state of shock. First there was information that this was 38-year-old Vyacheslav Suvorov, an underground tunneller. However, he himself said that his last name begins with the letter “Z”.

According to Taiga.info, one of the missing rescuers, 51-year-old Alexander Zakovryashin, an assistant platoon commander, turned out to be the survivor.

The department noted that as a result of the accident at the Listvyazhnaya mine, 46 miners and 6 mine rescuers were killed. They said that 63 people were injured. According to doctors, four victims, including one mine rescuer, are in intensive care.

After the death of people in the Listvyazhnaya mine, a case was opened

After the accident, the 47-year-old director of the mine and his 59-year-old first deputy were detained and a 36-year-old site manager. They are suspected of acts stipulated by the article of the Criminal Code “Violation of industrial safety requirements of hazardous production facilities, resulting in the death of two or more persons by negligence.” who checked “Listvyazhnaya”.