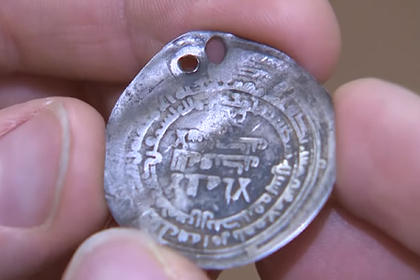 A rare coin from the time of Princess Olga was donated to the Smolensk State Museum-Reserve bought from a private collector. This was reported by the State Television and Radio Broadcasting Company “Smolensk”.

It is specified that the coin is almost 11 centuries old. It was made in imitation of the Arab dirhams. Equally-pointed Christian crosses are depicted on it on both sides. There are six such coins in the world.

It ended up in the museum thanks to the historian Vyacheslav Kuleshov. He saw the coin in the numismatic base and organized a fundraiser. More than 90 people helped him collect about 100 thousand rubles, after which the artifact became an exhibit of the museum.

“There are two through holes in this area. This means that it was attached with a special loop on a necklace, on a rope. It is most likely that after the moment of its minting and until the moment of repose in the ground or loss on the Western Dvina Bank, at least two owners had a pendant replacing modern crosses, “said Kuleshov.

Deputy Director of the Smolensk State Museum -reserve Maxim Kuznetsov called the coin a valuable contribution. He also thanked everyone who participated in the fundraising event.