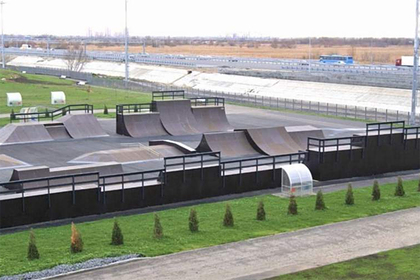 commissioning of new cycling tracks. This is reported by “Izvestia” with reference to the head of the mayor's office of the city Alexei Logvinenko.

According to the material, the object appeared on the rowing channel “Don”. It is noted that the length of the route, which has a relief close to natural mountainous terrain, exceeds 1.2 kilometers. In total, 150 athletes will be able to train simultaneously on the track, and the allowable number of visitors reaches 300 people.

In addition, a BMX track was built on the territory, on which ramps for tricks with large differences in altitude were placed.

According to the newspaper, in the summer of 2023 Rostov-on-Don will host the European Youth Rowing Championship in the water area of ​​the Don rowing canal.

In October it became known that the Russian traveled by bicycle from Nizhny Novgorod to Transbaikalia. Vlad Povelikin has been on the road for 140 days, during which time he covered 9629 kilometers. According to the traveler, he sleeps in a sleeping bag and thermal underwear.