A 19-year-old blogger who relieved himself at a stand with a picture of a veteran was detained in St. Petersburg 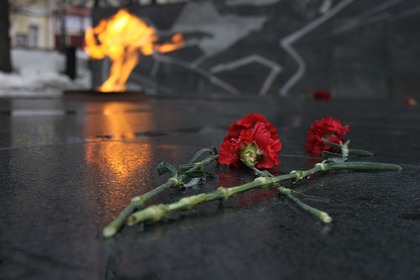 19-year-old blogger Matvey Yu. ascended to a stand with a picture of a veteran in Moscow, was detained in St. Petersburg. This is reported by “Komsomolskaya Pravda”.

According to the newspaper, upon learning about the initiation of a criminal case under the article “Rehabilitation of Nazism” after his trick, a young man under the nickname ogm4tt_aka_bamperone deleted his Instagram account and went on the run. He went to the northern capital from Moscow, changing trains.

The maximum punishment under this article provides for imprisonment for up to five years.

Actions to find him were coordinated by the Deputy Head of the Main Investigative Directorate of the Investigative Committee for Moscow Boris Lavrenev. As a result, the blogger was caught by the joint efforts of investigators and operatives of the “E” center of the Ministry of Internal Affairs of Russia. In the near future he will be sent to Moscow, where the question of his arrest and psychiatric examination will be decided.