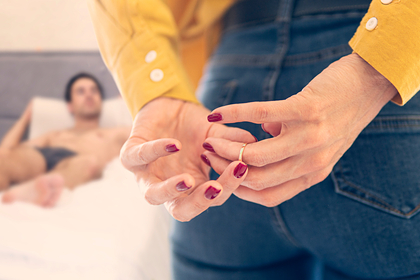 who can recognize the betrayal of a partner – the list includes frequent trips to the shower and gifts for no reason. Her words are quoted by the Daily Star.

OnlyFans star Amy Capps, 32, said that she loves dating married men. She admitted that she herself once experienced treason and now wants to help other women and girls who suspect their partners of infidelity.

First of all, Capps urged women not to ignore the unpleasant feelings and suspicions that arise. “Feminine intuition is the most powerful tool in your arsenal, if you suspect something is happening, follow your intuition,” she said.

According to the girl, if a partner suddenly becomes overly attentive and gives gifts, then this can be a way to make amends for treason. Forgetfulness and lack of attention to words can also indicate infidelity.

Capps attributed the desire of a partner to take a shower more often and put on a large amount of perfume as signs of cheating. The desire to change your appearance for the better, for example, by going to the gym or a new haircut, can also indicate a connection on the side.

“If your other half starts walking around with their phone, laughs nervously if you you touch him, and always leaves him face down, this is a clear indication that you are being cheated on, “the American noted.

Earlier it was reported that clinical psychologist, sexologist Elena Perelygina named three main signs of infidelity in a relationship … The expert advised to be wary if a partner has new habits.