Hong Kong Health Department: Cases of infection with a strain from Africa detected 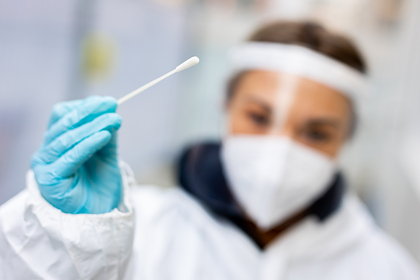 Two cases of infection with a dangerous strain of coronavirus infection (B. 1.1.529), which supposedly escaped from Africa. This is stated on the website of the local health department.

A form of infection “made its way” to China along with people who were in the quarantine hotel Regal Airport in Hong Kong. They lived in rooms opposite each other on the fifth floor: the first patient arrived in Hong Kong from South Africa. The second infected arrived at the hotel a day earlier than his neighbor. Both have already been sent to the hospital.

According to the department, on the same day, four more cases of infection were detected at the Temporary Specimen Collection Center at the Hong Kong airport.

12 people who stayed in neighboring rooms now must undergo an additional mandatory two-week quarantine at the Penny's Bay center.

The new strain became known after ten people were reported infected in South Africa, Botswana and Hong Kong on November 24. British scientists have suggested that the new strain will be better at evading antibodies than the delta variant. The many mutations in B.1.1.529 suggest that the virus originated in a patient with a weakened immune system – a patient with HIV or AIDS. It is believed to be the most dangerous infection.