“112”: an EMERCOM employee injured at a mine in Kuzbass: a surviving mine rescuer – a hero 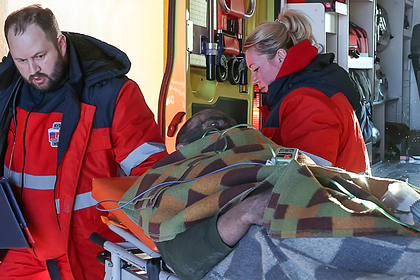 One of the victims of an emergency at the Listvyazhnaya mine “In Kuzbass, the Ministry of Emergency Situations called the surviving mine rescuer Alexander Zakovryashin a hero. The words of a colleague are quoted in the Telegram channel “112”.

The man in the hospital stressed that saving other people's lives is “our job.” The injured employee of the Ministry of Emergencies noted that after providing medical assistance, he was gradually recovering.

51-year-old mine rescuer Alexander Zakovryashin, who was previously believed to be dead, spent the night underground and managed to get out on his own.

Po According to the Governor of the Kemerovo Region, Sergei Tsivilev, now the surviving mine rescuer is in a state of moderate severity. He was taken to the Miners' Health Center, which is located in the city of Leninsk-Novokuznetskiy.