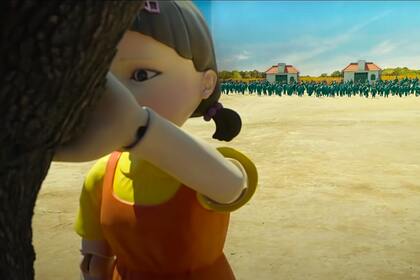 In South Korea, MrBeast video blogger named James Donaldson organized an alternative version of the Netflix hit “The Squid Game” without murder and violence. He posted a video about this on YouTube.

Donaldson, as in the series, invited 456 random volunteers to take tests similar to those offered to the heroes of the show and compete for a prize of $ 456,000. The “games” that the blogger recreated were as safe as possible – for example, in the final test, you had to run around the chair to the music and have time to take a seat when it stopped.

The video scored almost 50 million views and more than five million likes in a few hours. According to The National News, the blogger spent three and a half million dollars on the organization: two were spent on sets and their installation, and one and a half on prizes.

Earlier, a resident of the DPRK was sentenced to death after he smuggled to the territory of the Republic of South Korean TV series “Squid Game”, which topped the international top streaming platform Netflix.

“Squid Game” topped the top Netflix service in 90 countries. The series follows characters who, faced with financial difficulties, go to the island and participate in survival games.