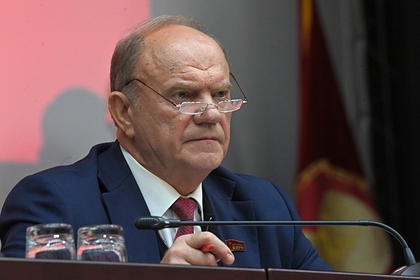 The chairman of the Communist Party of the Russian Federation, Gennady Zyuganov, announced the hunt for the party. So he commented on the deprivation of parliamentary immunity to Valery Rashkin, writes Znak.com in Telegram.

“I have not seen such filth for a long time! [State Duma Speaker Vyacheslav] Volodin cannot forgive Rashkin for his victory in court. (…) They are hunting for the Communist Party, for stability in the country, ”Zyuganov said. According to him, half of the deputies present at the meeting went hunting without permission. Rashkin’s act attracts a fine, added the leader of the Communist Party of the Russian Federation.

At the same time, he addressed the presidential administration with the words “a complete disgrace is happening”. Zyuganov also spoke again about the elections of the State Duma deputies and the criminal prosecution of a number of communists.

On November 25, the State Duma deputies voted in favor of depriving the immunity of the representative of the Communist Party faction Valery Rashkin, suspected of illegal elk hunting.

In October, police officers stopped the deputy's car in the Saratov region, in the trunk of which they found a dead elk. Rashkin later confessed to killing the animal.