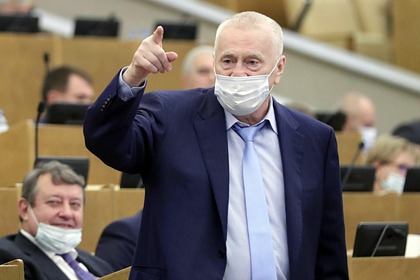 LDPR leader Vladimir Zhirinovsky immunity of the deputy from the Communist Party of the Russian Federation Valery Rashkin remembered the rapper Morgenstern and the coronavirus pandemic. The session is broadcast on the website of the lower house of parliament.

According to Zhirinovsky, the communists raised a generation that “follows the fool Morgenstern.” “What is this? All in tattoos and singing God knows what. It is your fault, your education, ”the politician said. According to him, the communists are to blame for everything that happens in the country and in the world. “The fascists are done away with, and the communists are roaming the entire planet. Your [Karl] Marx said “the ghost of communism is haunting.” Here we need to catch it, pack it and hide it in the same place as the elk killed by our friend Rashkin, “Zhirinovsky said.

The leader of the Liberal Democratic Party of Russia also recalled that representatives of the Communist Party of the Russian Federation oppose vaccination. “You have been conducting propaganda against vaccinations for two years – not directly. As the doctors' letter was published, they immediately stood for vaccinations, “Zhirinovsky said and left the rostrum amid the cries of the deputies” Shame! ” In October 2021, a police officer and an employee of the hunting management committee stopped a car in which Rashkin was in the Saratov region. They found a dead elk in his trunk. A criminal case was opened against the deputy under the article on illegal hunting in the region. Rashkin confessed to killing the animal.