Leader of the Liberal Democratic Party of Russia Zhirinovsky, due to the new budget, proposed to go to work on January 2 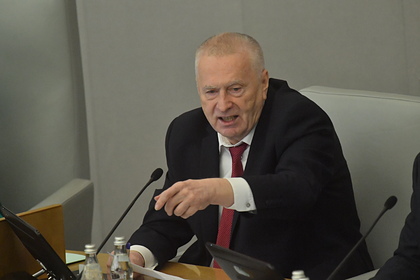 -2024, propose to cancel the New Year holidays and go to work from January 2. His words are quoted by Ura.ru in their Telegram channel.

“For the first time in the history of Russia, trillions of rubles were thrown there. Now the main task of the budget is to make it reach all consumers faster, ”the politician said. According to Zhirinovsky, for this it is necessary to start work on January 2 and send funds to the regions so that they reach February 1.

On Wednesday, November 24, the State Duma adopted in the third, final reading the law on the federal budget of Russia for 2022 and planned 2023 and 2024. In the next two years, the budget will be in surplus, that is, revenues will exceed expenditures, in 2024 – in deficit. According to the document, budget revenues in 2022 will amount to 25.021 trillion rubles.

In 2020, Zhirinovsky proposed a new formula for New Year's holidays, which does not imply their reduction. “I propose to fix December 31 as a day off and introduce four compulsory days off, from December 31 to January 3. The rest of the days should be added to the annual paid leave, “he said.

As previously reported, in the coming 2022, Russian residents will have 118 days of rest. New Year's holidays will last until January 9th. The total number of days off in January will be 15 days.