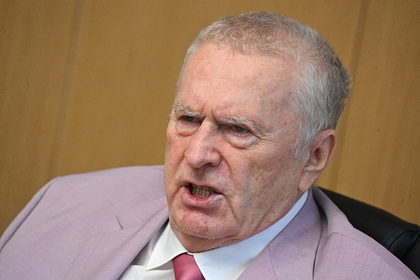 from the Communist Party of the Russian Federation Valery Rashkin called the deputy Nikolai Kharitonov. The meeting was broadcast live on the website of the lower house of parliament.

The head of the Liberal Democratic Party of Russia criticized the communist ideology during his speech. His speech was interrupted by shouts from the Communist deputy Kharitonov. In response, Zhirinovsky from the rostrum called his colleague-parliamentarian a collective farmer and continued his accusatory speech against communists around the world. The Communist Party faction escorted Zhirinovsky from the rostrum to the place shouting “Shame!” “What is this? All in tattoos and singing God knows what. It is your fault, your education, “the politician said.

According to him, the communists are to blame for everything that happens in the country and in the world. “The fascists are done away with, and the communists are roaming the entire planet. Your [Karl] Marx said “the ghost of communism is haunting.” Here we need to catch it, pack it and hide it in the same place where the elk killed by our friend Rashkin, “Zhirinovsky noted.

The State Duma meeting on the issue of depriving the immunity of the representative of the Communist Party faction Valery Rashkin began on Thursday, November 25. As a result, the deputies voted to deprive the communist of immunity.