Zakharova: The United States is well aware of Ukrainian hackers, but Washington is silent about this 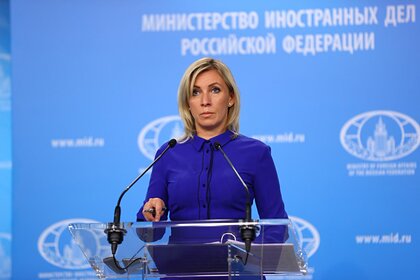 Russian Foreign Ministry spokesman Maria Zakharova was outraged by the fact that the United States ignore Ukrainian hackers, focusing on Russian cybercrime. She indicated in her Telegram channel that Washington is well aware of the existence of non-Russian hackers, but this topic is being hushed up.

According to Zakharova, over the past month, Europol and Eurojust conducted a series of operations to find and arrest hacker groups that have been operating since at least 2019. One of the groups killed about two thousand people in 71 countries of the world, including America, and the damage amounted to $ 120 million.

“Russian hackers? Finally. But no, surprise: they all turned out to be Ukrainians. But where are the statements of Western partners about “Ukrainian hackers” and their attacks? Where are the threats of sanctions? So where, then, are the statements of the White House and the State Department, where are the editorials of American newspapers asking: maybe hackers are not only Russians? ” – asked the official representative of the Ministry of Foreign Affairs.

Earlier it became known that in 2021 the office of the Prosecutor General of Ukraine received over 70 requests from other states to investigate cybercrimes. The Prosecutor General of the Republic Irina Venediktova told about this. She called Ukraine one of the world's main hubs for cybercriminals, but at the same time noted that Kiev remains a “reliable partner” in the fight against such criminals.