Maria Zakharova: Western countries are dragging out the investigation into the Ryanair plane landing in Minsk 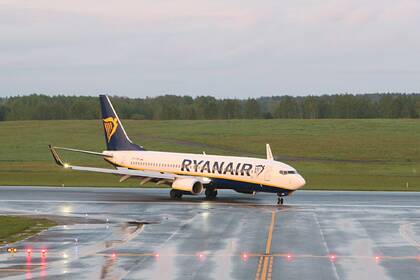 countries to review sanctions against Belarusian aviation. She spoke about this during a briefing, the correspondent of “Lenta.ru” reports.

According to her, a number of Western countries are delaying the investigation of the emergency landing of a Ryanair plane in Minsk, since this topic is “inconvenient” for them.

Zakharova added that Belarus had already applied to the International Civil Aviation Organization (ICAO) with a request for an early consideration of the issue, but due to the “unavailability” of the person in charge of the group's report, it was postponed to 2022.

The diplomat suggested that Western countries are trying to block “any discussion of this topic,” and urged them to reconsider the previously adopted restrictive measures against the Belarusian aviation.

Earlier, Maria Zakharova commented on reports of a threat of a Russian attack on Ukraine. In her opinion, similar statements made by the United States and other NATO countries are unfounded, and are being made to “whip up anti-Russian hysteria.”