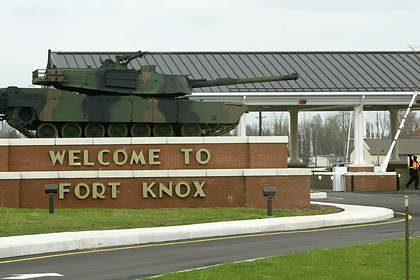 Otkritie Investments analyst in an interview with the Prime agency, she revealed the place where the United States stores its gold reserves. According to her, it is located in the Fort Knox vault in the interior of the country, in one of the most reliable vaults in the world, where visitors are not allowed.

According to her estimates, there are about 4580 tons of gold hidden there. In addition to gold reserves, special relics were placed in the vault: the original of the US Constitution and the Declaration of Independence. “Firstly, it is not on the US coast, in the interior of the country, which limits the attack from the sea. Secondly, the base itself has a high level of security, and the constant presence of the military increases the level of security, “the expert said.

She noted that not all of the gold reserve is located in Fort Knox. So, according to her, part of it lies in the vaults of the branches of the US Mint in Denver and West Point, as well as in the basements of the Federal Reserve Bank in Manhattan.

a record, climbing to $ 623.2 billion. The growth occurred mainly as a result of transactions for the purchase of foreign currency within the framework of the budgetary rule, the Central Bank said. International reserves, which stood at $ 595.8 billion, are up 7.5 percent since the beginning of the year.