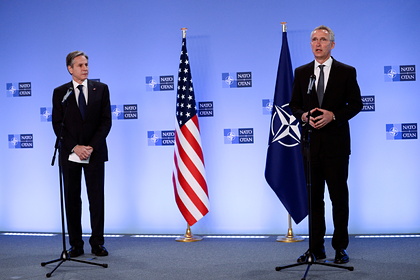 US Secretary of State Anthony Blinken and Secretary General of the North Atlantic discussed over the phone the “unusual military activity” attributed to Russia near Ukraine, TASS reports with reference to the head of the press service of the US State Department Ned Price.

It is noted that Blinken and Stoltenberg considered the agenda of the meeting of NATO foreign ministers, which scheduled for November 30-December 1. In addition, the interlocutors discussed information “about the unusual military activity of Russia near Ukraine.” – emphasized Price.

Earlier, the US Embassy in Ukraine warned of Russia's military activity on the border and in Crimea. The diplomatic mission also published a memo for those who travel abroad.

Press Secretary of the Russian President Dmitry Peskov assessed reports of Russia's activity near Ukraine as an information campaign of the West aimed at presenting Russia as a threat to the settlement process in Ukraine. He also called on Ukraine to refrain from maneuvers with NATO and not to create tension in the region.