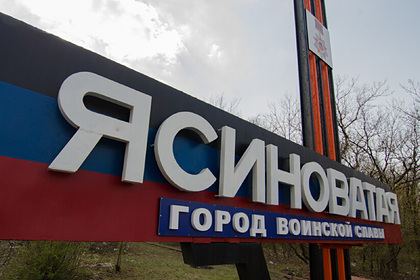 The Ukrainian military attacked from an unmanned aerial vehicle the center of the city (UAV) Yasinovataya in the self-proclaimed Donetsk People's Republic (DPR). This was announced by the head of the city administration Dmitry Shevchenko, reports Donetsk news agency (DAN).

The mayor noted that a group of DPR representatives in the Joint Center for Control and Coordination of the Ceasefire Regime (JCCC) had left for the scene.

On November 24, the People's Militia of the DPR reported that the militia intercepted a Ukrainian unmanned aerial vehicle (UAV) with three improvised explosive devices. It was noted that the nature of the explosive devices indicated that the enemy intended to strike not at civilian infrastructure, but at people, inflicting numerous injuries on them.