Head of the Center for Global Studies Gonchar: only pressure will make Moscow make a kind gesture to Kiev 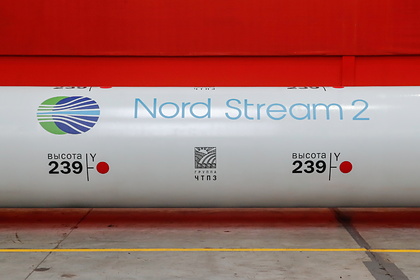 President of the Center for Global Studies “Strategy XXI” Mikhail Gonchar said that Ukraine will force Russia to extend gas transit and sign an agreement with it if the West does not allow Moscow to launch Nord Stream 2. He named this way of extending the agreements in an article for Glavred.

According to the expert, only pressure on the pipeline can force Moscow to “make a gesture of goodwill” towards Kiev. “If the European Union, in particular Germany, takes a tough stance on Nord Stream 2 as a project, which does not correspond to European interests and principles, then Russia will have no place to go,” said the head of the center.

According to the author of the article, the extension of the agreement on gas transit through the Ukrainian territory has now not found a place in Russia's plans. “Moscow's goal is to reset Ukraine on the transit of Russian gas before the current agreement expires,” the expert said.

Earlier, Ukrainian Foreign Minister Dmitry Kuleba said that Kiev, the European Commission and a number of EU countries believe that there should be no exceptions to European legislation for the Nord Stream 2 project. According to him, Ukraine, together with its European partners, significantly slowed down the implementation of this project and won a lot of time for “better conditions for confrontation with Russia.”