Tyson Fury: I want to meet boxer Savannah Marshall in the ring 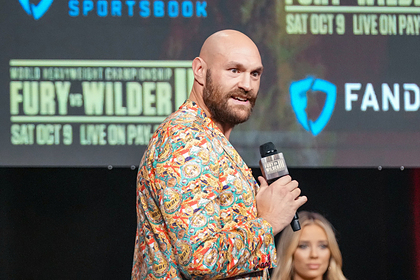 British heavyweight boxer Tyson Fury named his desired opponent in the next fight. The interview with the athlete was published on the Boxing Social YouTube channel.

According to the Briton, he would like to meet a woman in the ring. For such a fight, according to Fury, compatriot Savannah Marshall is suitable. The boxer noted that the athlete is tall and beautiful, so such a fight will look good on TV.

Fury also announced his desire to fight with Ukrainian Alexander Usik, who owns belts in four prestigious heavyweight versions. After that, according to the Briton, his compatriot Anthony Joshua will be able to fight for all belts with the winner.

Tyson Fury owns the World Boxing Council (WBC) champion belt. He has 31 wins in 32 battles. Another meeting ended in a draw.