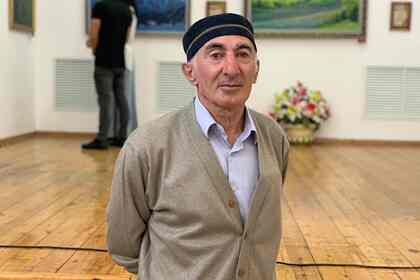 »Will open at the Museum of Fine Arts of Ingushetia on November 30. As the press service of the cultural institution clarifies, guests will not only be shown the works of the artist's early and later creative paths, but will also be offered to acquire exclusive postcards prepared by the Russian Post with the image of the master's paintings.

“The painting of Sultan Gadaborshev is realistic, he sensitively conveys the mood of nature, its subtle spiritualized state. The artist reveals to us with all his love his heartfelt attention to the beauty of native nature “, – said representatives of the museum, talking about the works of the painter.

It is indicated that the general public presented Gadaborshev's work in 2020 during the exhibition” We are together ”, which was timed to coincide with the 250th anniversary of the unification of Ingushetia with Russia.

Earlier it became known that the Ingush medieval castle-type tower settlement Bisht will be opened for visits after reconstruction. It was clarified that the complex will turn into an open-air museum.