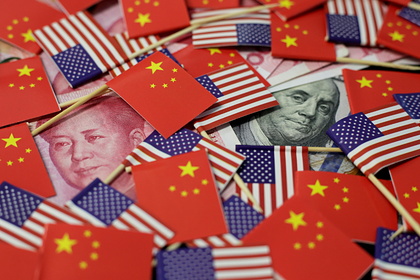 Eight technology organizations based in China were added to the list for their alleged aid to the Chinese military, as well as for their attempts to “purchase goods of American origin to support military applications.” The US has long argued that firms have been collecting confidential information in the interests of the People's Liberation Army of the PRC. The Chinese Communist Party has previously stated that it does not engage in industrial espionage.

“Global trade and commerce should support peace, prosperity and well-paid jobs, not national security risks,” said US Commerce Secretary Gina Raimondo. A total of 27 new organizations from China, Japan, Pakistan and Singapore were added to the list. Potential suppliers of listed companies will now have to apply for a license before they can sell them a product. Applications are likely to be rejected, the newspaper notes.

In February, US President Joe Biden promised not to get involved in trade wars with China, as his predecessor Donald Trump did, and instead compete with the world's second largest economy in within the framework of international rules.