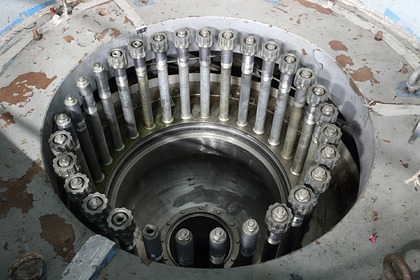 continues to operate a plutonium-producing nuclear reactor at the Yongbyon Nuclear Research Complex. The resource 38 North, which monitors the activities of the DPRK, writes about this.

Kim for Kim North Korea even after death. They have been feared and revered for 80 years now 00:02 – May 10

“I am the leader!” country to complete isolation

He refers to satellite images taken recently. Steam escaping from the reactor's generator room indicates that at least one of the generators is working.

“In addition, water continues to be discharged from the auxiliary pipe into the channel leading to the Kuren River,” the resource writes. It is noted that the reactor with a capacity of five megawatts can produce up to six kilograms of plutonium per year.

On August 30, it became known that North Korea's main nuclear complex, located in Yongbyon County, had resumed operation in the DPRK. This facility is used to obtain plutonium – the main component in the creation of weapons of mass destruction. Also, the International Atomic Energy Agency (IAEA) reported that traces of a radiochemical laboratory were found near the nuclear complex.