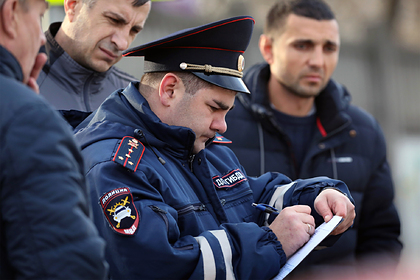 Head of the Moscow branch of the Union of Journalists of Russia “Moskovsky Komsomolets” (MK) Pavel Gusev, in a conversation with “Lenta.ru”, was outraged by the idea of ​​not specifying the positions of those responsible for the accident.

Earlier, Deputy Chairman of the State Duma Security Committee Anatoly Vyborny said that the media should not mention positions of representatives of authorities who have become participants in high-profile road accidents, as this can lead to a deterioration in the reputation of this or that organization.

“Unfortunately, obscene language is prohibited in the media, I would immediately answer at the level that is prohibited … It seems to me that the clouding of consciousness of some deputies – it is not clear how they were elected and who they were – is clearly expressed today in the current State Duma. Absolute lack of professionalism and lack of understanding of the situation in the country. Be proud that you are an official, and live in such a way that there are no complaints about you, and then the media will mention your name only in a positive way, ”noted the chief editor of MK.

Commenting on the initiative, Gusev also said with ironically proposed to prohibit mentioning the name of State Duma deputy Valery Rashkin, who on Thursday, November 25, was deprived of immunity after the murder of an elk, as well as to write about the dismissal of the head of the Federal Penitentiary Service, Alexander Kalashnikov.

On November 25, Russian President Vladimir Putin sent to the resignation of the head of the Federal Penitentiary Service, Alexander Kalashnikov. As Interfax reported, the reason was the resonance caused by the publication of a video of torture in colonies. The new head of the department was appointed Deputy Minister of Internal Affairs, Colonel-General of Internal Service Arkady Gostev.