Chernyshov: International Baccalaureate and “student's personal file” could be an alternative to the Unified State Exam 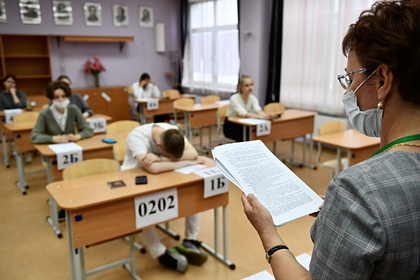 an alternative to the Unified State Examination (USE). This proposal was made by the Deputy Speaker of the State Duma Boris Chernyshov in an interview with the radio station “Moscow Says.” This system needs to be reformed, Chernyshov added.

Obtaining an international baccalaureate will allow students to take oral exams at state-certified centers. The “student's personal file” will include control tests, exams, tests and presentations with a report for a certain period of time. According to the results of computer processing of all works, he will receive a certain point, concluded the Vice-Speaker of the State Duma.

Earlier, the chairman of the Investigative Committee of Russia, Alexander Bastrykin, announced the need for educational reform and called the Unified State Exam torture for young people. In addition, he called for the revival of the Soviet school of education, since, according to him, it was the best in the world.