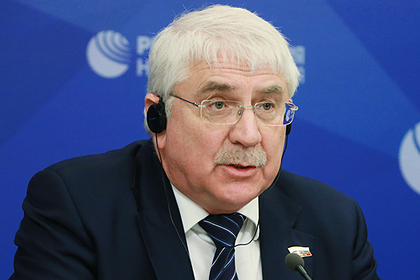 The situation with the so-called Havana syndrome is similar some kind of detective or film about the fictional MI-6 agent James Bond. This comparison was made by the first deputy chairman of the State Duma Committee on International Affairs Alexei Chepa in a conversation with Izvestia.

He noted that it is difficult to react to such statements. In this case, it is more correct to contact a psychiatrist, the deputy added. “Doctors-professionals should evaluate such suspicions about Russia. Why is it called “Havana syndrome”? Because in Cuba, the Americans experienced a deterioration in their health at some point, “Chepa emphasized.

According to him, suspecting Russia is a mass phenomenon. Most politicians are doing everything to accuse Moscow of something louder and more absurd, Chepa concluded.

Earlier, Kremlin spokesman Dmitry Peskov said that Russia had nothing to do with the “Havana syndrome” of American diplomats.

The head of the US CIA, William Burns, had previously threatened Russia with consequences if the United States intelligence services deemed it responsible for the “Havana syndrome.” However, he did not directly accuse Moscow of any actions against American diplomats.