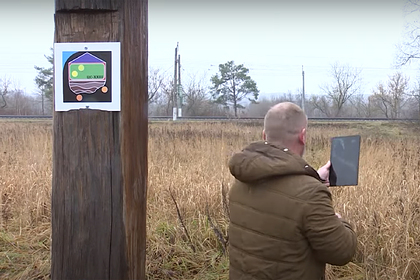 The Gnezdovo reserve near Smolensk has a new reality – Russians will look at a full-fledged view of the 10th century settlement thanks to the display of 3D models of houses, workshops and burials in a special application. State TV and Radio Company “Smolensk” informs about it.

According to the director of the reserve Andrey Korolev, the application, which uses augmented reality (AR) technology, shows the new “Gnezdovo”, while it works only on one gadget, but soon it will be extended to the rest. In addition, now you can follow the route with six points, where the main objects of the complex are located.

Among the most interesting locations is the settlement. In the new application, you can now look at the visualized fortress, which was located on a hill and has not survived to this day.

The TV channel also showed the territory of the former settlement, where archaeological excavations are often carried out. There is a special pictogram on the post. It was scanned by a tablet camera, after which an image of a house with a burning hearth was displayed in the application. Korolyov added that you can even go to the estate.

In conclusion, he noted that scientists were finally able to transfer knowledge about this unique place to a new space and show a large number of Russians.

In July, during excavations in the Gnezdovo reserve, experts found items from the second half of the 10th century. At the military positions of the 1940s near Smolensk, archaeologists found various artifacts, including raw amber.