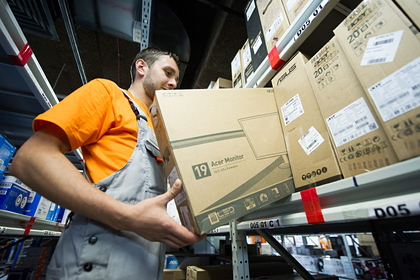 Changes in the legislation of Belarus and Kazakhstan, together with Russia Union (EAEU), create risks of multibillion-dollar losses for Russian marketplaces, warned the Association of Internet Trade Companies (AKIT), writes Kommersant.

The industry association complained about the situation to Russian Prime Minister Mikhail Mishustin, asking him to help solve the problem. Starting next year, in Kazakhstan and Belarus, Russian Internet sites will have to pay tax on the goods they sell on the territory of the countries, according to the letter to AKIT. Moreover, companies will continue to pay VAT in Russia.

According to AKIT estimates, taking into account the tax rate of 12 percent in Kazakhstan and 20 percent in Belarus, the additional tax burden on Russian marketplaces could amount to 3.6 billion and 3.8 billion, respectively. Now the organization asks the Russian prime minister to formulate Russia's position “on the inadmissibility of the introduction of double taxation before working out an approach to confirm the zero VAT rate in mutual cross-border trade in the EAEU.” Now the industry wants to postpone the introduction of VAT in neighboring countries until the issue of tax deduction inside the country is worked out.

On November 25, it became known that over the past five years, against the background of different rates of tobacco excise in Russia and the EAEU countries, leading to a high proportion of counterfeit products, the Russian budget has lost hundreds of billions of rubles due to large volumes of illegal products. The Accounting Chamber came to this conclusion: the total amount of losses since 2016 was estimated by auditors at 295.6 billion rubles, of which 246.3 billion falls on the lost tobacco excise tax, and the rest is value added tax, which was not paid. 93 percent of illegal tobacco products from the EAEU countries are in Belarus.