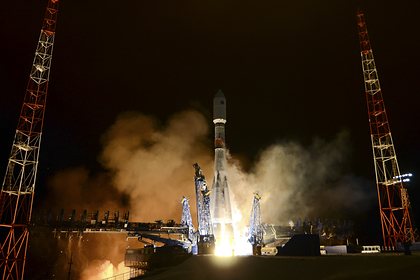 Aerospace Forces (Aerospace Forces ) Russia launched a Soyuz-2.1b launch vehicle with a military vehicle from the Plesetsk cosmodrome. This was reported by the press service of the RF Ministry of Defense, TASS reports.

“On Thursday, November 25, at 04.09 Moscow time, from the launcher No. 4 of the site No. 43 of the State Test Cosmodrome of the RF Ministry of Defense (Plesetsk) in the Arkhangelsk Region the combat crew of the Space Forces of the Aerospace Forces have successfully launched, “the department said.

According to the Ministry of Defense, all prelaunch operations and the launch of the rocket took place in the normal mode. In addition, the means of the ground-based automated control complex monitored the launch and flight of the rocket.

It is also specified that the rocket launched the Fregat upper stage with a military apparatus into orbit.

November 21 ” Soyuz-2.1b “, which is to launch the last module for the Russian segment of the ISS” Prichal “into orbit, was taken out and installed on the launch pad at the Baikonur cosmodrome. Prichal is to become the last module that Russia will add to its ISS segment.