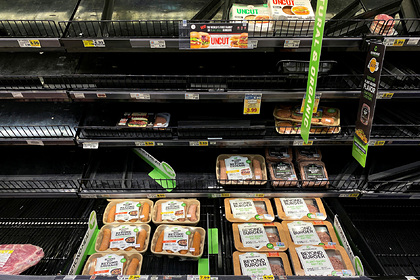 in the world, stopped going through Russian customs, because officials considered that it was falling under a food embargo. Kommersant writes about this with reference to the distributor Alianta Group.

The development director of the supplier, Alexander Buinevich, said that we are talking about a litigation with the Moscow Regional Customs regarding the classification of goods. Previously, imports went under the classification “other protein concentrates and textured protein substances”, but the customs decided to transfer vegetable meat to the code “other food products”, which closes its way to Russia. Products from the latest code have been included in the list of prohibited import since August 2014.

Alianta Group appealed against the actions of customs officials, believing that it had become a victim of an incorrect assessment of the goods, and won the case. Last week, the Moscow Arbitration Court ruled that the change in classification was illegal.

Another problem Buinevich called the almost complete absence of containers for the delivery of frozen food from the United States. Nevertheless, he is confident that in the near future the company will be able to restore Beyond Meat supplies to Russia.

Sovecon director Andrei Sizov noted that the long interruptions in sales of the American company's products were good news for local players. In his opinion, it will not be easy to regain market share even if the supply of Beyond Meat is restored. After all, consumers during this time realized that there is no fundamental difference in taste with analogues.

Experts note that the vegetable meat of this manufacturer was previously presented only in the premium segment. At the same time, a sharp increase in the production of vegetable analogues of meat in Russia makes its imports virtually impractical.

Two weeks ago, Beyond Meat in its third quarter report reported a loss of $ 54.8 million and presented a forecast for the fourth quarter worse than analysts expected. Such indicators led to the collapse of the company's shares.