Polish President Duda: the convening of NATO countries due to the refugee situation is not required, there are no threats 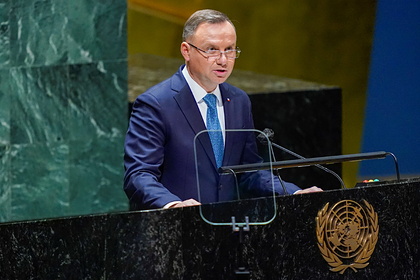 Polish President Andrzej Duda did not see a big threat, connected with the migration crisis on the border with Belarus, and therefore did not consider it necessary to announce the convening of the Council of NATO countries – it is held if one of the member countries sees a threat to its security. Duda made such an opinion following a meeting with Alliance Secretary General Jens Stoltenberg, which took place on 25 November. The quote is given by RIA Novosti.

“We naturally take into account the possibility [of convening the NATO Council], but we want to use it only when the situation calls for it. Now there is no immediate military threat, there is no military attack on any neighboring country, “the politician emphasized.

Earlier, refugees in the Bruzgi logistics center on the border of Belarus with Poland staged a rally demanding to let them pass the weight. According to the Iraqi Foreign Ministry, in connection with the ongoing export flight for Iraqi refugees from Minsk to Baghdad was postponed indefinitely. At the same time, earlier in November, the Polish authorities offered to cover all the costs of returning migrants home.

If some of the illegal immigrants manage to cross the border, they are stopped and sent back by the Polish security forces. One of the massive breakthrough attempts that occurred on November 16 led to the use of special equipment against migrants. The incident also injured soldiers and journalists.