Human rights activist Litvinovich: it would be right if the FSIN was headed by a civilian 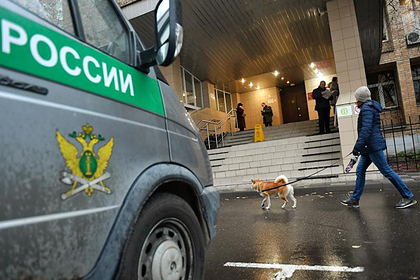 Change of leadership of the Federal Penitentiary Service an end to torture in Russian prisons. So the possibility of changes in the work of the FSIN in a conversation with “Lenta.ru” was assessed by the human rights activist Marina Litvinovich.

According to her, the decision to resign Alexander Kalashnikov and the appointment of Deputy Minister of Internal Affairs of Russia Arkady Gostev to this post is the result of the publication of leaked archives with torture from the prison hospital of the Saratov colony.

At the same time, Litvinovich noted that it was worth appointing a civilian to eradicate torture in colonies. “Because when we talk about correcting people, about their rehabilitation, about their return to life in society, this is not power work, but rather peaceful, civilian work,” the human rights activist explained.

Litvinovich stressed that the system of correctional punishment in Russia must be completely changed, which means that it is necessary to pay attention to the approach and philosophy. “It would be correct if not now, but at least in a year or two the FSIN was headed by a civilian,” she concluded.

Earlier on November 25, Russian President Vladimir Putin fired the head of the FSIN Alexander Kalashnikov. His resignation came against the backdrop of a torture scandal in the Russian colonies. Instead of Kalashnikov, they appointed Arkady Gostev, who until today was the Deputy Minister of Internal Affairs.

In early October, the founder of the human rights project Gulagu.net Vladimir Osechkin said that the organization had received and removed from Russia more than 40 gigabytes of video files , which confirm the systemic nature of torture in Russian colonies and pre-trial detention centers in Irkutsk, Vladimir and Saratov regions. In November, a human rights project showed footage of prisoners being bullied in the Saratov region. According to human rights activists, rape and torture of prisoners was committed not only by warders, but also by other convicts who allegedly acted on the instructions of high-ranking officers of the Federal Penitentiary Service and security forces.