Political scientist Bolkunets: the EU may compromise and pay for the export of refugees from Belarus 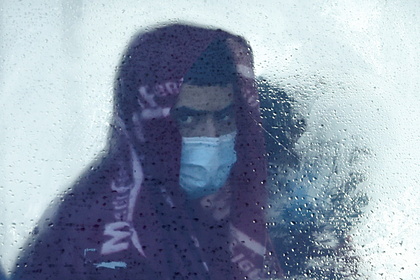 Europe can pay for the export of refugees from Belarus Alexander Lukashenko, political scientist Dmitry Bolkunets believes. In a conversation with Lenta.ru, he suggested that this could become a reasonable compromise for the EU and another way of earning money for Lukashenka and his entourage.

Belarus will not keep refugees who wish to leave the country and return to their homeland, to Iraq, but the European Union must participate in the evacuation of migrants. This statement was made by Alexander Lukashenko, commenting on the situation with the cancellation of the flight from Minsk to Baghdad.

“We were negotiating with him as with a terrorist” the authorities, who threatened to block one of the checkpoints, including railway transport. According to the political scientist, it was thanks to this statement, according to the political scientist, that migrants finally began to be taken to the airport, where they were waiting for evacuation flights.

“The next flight was supposed to arrive today, but it was canceled. At the meeting, Lukashenka was told that allegedly this happened due to a lack of funds, Bolkunets recalled. – Apparently, this is just another blackmail of the Belarusian authorities, who decided to make money here as well. Primarily, after all, the money was taken from the migrants themselves, companies close to the Lukashenka family were engaged in this, and they made good money on them – some refugees paid up to 15 thousand dollars to ensure they get to Germany. ”

According to the political scientist, now Lukashenka will try with all his might to force Europe to pay for the export of migrants. Moreover, the interlocutor of “Lenta.ru” believes that this option may be acceptable for the European Union itself as a kind of compromise solution.

“For Europe, this is not such a large amount, therefore I do not exclude that they will agree. [Acting German Chancellor Angela] Merkel, let me remind you, has already talked to him twice. This is a person who leaves German politics and carries out an exclusively humanitarian mission. And Lukashenka took this as an attempt to recognize himself as president in Europe. His hopes, however, failed – they negotiated with him as with a terrorist, not the president. One European politician even called him a bloody dictator and murderer. And this image remains, “Bolkunets believes.

He suggested that the only way to save face in this situation Lukashenka sees is the option in which Europe will pay for his campaign with migrants.

Earlier it became known that refugees in the logistics center staged a rally demanding to let them into the EU.