Political scientist Kamkin: the new Cabinet of Ministers of Germany will choose a pragmatic approach towards Russia 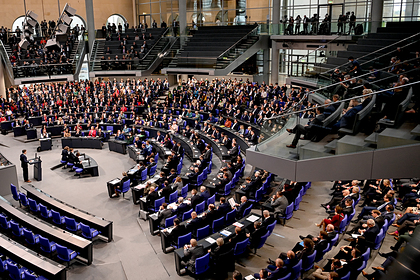 The new government of Germany will choose a pragmatic approach towards Russia is not foreseen, but the main place in his German foreign policy will be given to relations with the United States. Alexander Kamkin, a leading researcher at the Center for German Studies at the Institute of Europe of the Russian Academy of Sciences, said this in an interview with Lenta.ru.

Related materials00: 02 – September 28 Deficit of democracy. Power is changing in Germany. Who will lead the country into the future and what will it be like? 00:01 – September 26

“Merkel leaves bedlam behind” Pro-Russian nationalists are joining the Bundestag. How will Germany change after the elections?

According to the expert, the future German Chancellor and the head of the Social Democratic Party (SPD) Olaf Scholz is a supporter of strong Euro-Atlantic relations, as evidenced by his visit to Washington shortly after the elections to the Bundestag.

“Therefore, strategic relations with the United States will be the main ones for him, despite all the American sanctions against European companies, despite various misunderstandings,” Kamkin noted.

Speaking about Russian-German relations, the political scientist recalled that the Bild newspaper called the approach of the future chancellor to relations with Moscow “the principle of a village disco”, that is, “they dance with those in the hall”. Kamkin jokingly remarked that the German edition most likely had in mind its local disco, because at village dances in Russia it can go as far as wall-to-wall fights. “The main thing is to avoid this,” he said.

Problems may arise with the likely candidate for the post of German Foreign Minister – the head of the Green Party, Annalena Berbock, who has repeatedly opposed the Russian Nord Stream 2 gas pipeline … However, due to the coalitional nature of the new cabinet, the Greens are likely to overshadow their toughest demands with regard to Russia.

Earlier it became known that the new ruling coalition of Germany agreed on the composition of the cabinet of the FRG government. A new chancellor has been determined in the country – it will be Scholz. The procedure for his election will take place in about two weeks.