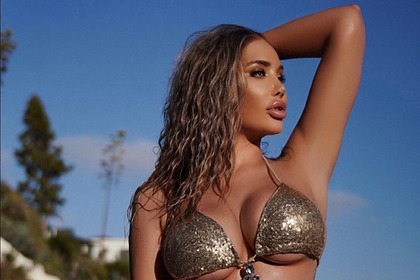 The girl moved to live in Hefner's estate at the age of 18 and stayed there for a year. She signed a “very tough” nondisclosure agreement, and she was also forbidden to have a boyfriend. The girls had a curfew: models who did not return home by 21:00 stayed overnight on the street, says Bentley. However, according to her, such strictness of the rules was compensated by noisy parties at which it was possible to meet a large number of celebrities.

She noted that during her stay in the mansion she did not have to sleep with its owner, since he no longer had sex with models due to his advanced age. But, as the girl emphasized, the guests invited to his receptions happily spent the night with one of the local beauties.

“Even now, I remember those times with nostalgia, because it was incredible. There will never be anything like those parties. If you think they were wild, then you know, they were even wilder than you can imagine, “- said the model.

She also added that the participants in the parties were given drugs and sex toys. According to her, it got to the point that some of the celebrities had sex in the Hefner mansion right in the garden beds. Who exactly it was the girl did not admit.

Bentley recalls the time when she lived in a mansion with 11 girls, with warmth in her soul. She noted that, despite their responsibilities, the founder of Playboy was a generous person and the girls had access to a huge number of service workers, as well as stylists and makeup artists around the clock. In addition, they could use the “dream phone”, calling which they could ask for whatever they wanted.