Acting Emergencies Minister Alexander Chupriyan: work at the Listvyazhnaya mine will not be completed in one day 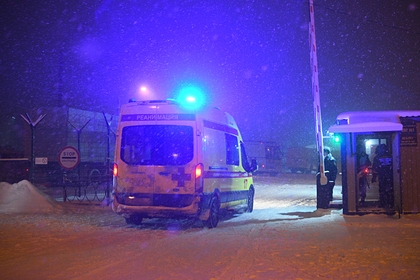 the department is ready for long-term work to eliminate the consequences of the accident at the Listvyazhnaya mine. He stated this at an operational meeting, RIA Novosti reports.

According to him, the Emergencies Ministry will fight for the mine's survivability. Chupriyan also noted that work at the facility cannot be completed in one day. At the same time, he added that now the maximum concentration of efforts is needed to eliminate the consequences of the emergency. “On the whole, the situation is clear,” summed up the acting head of the Ministry of Emergency Situations.

Earlier, Deputy Prosecutor General of Russia Dmitry Demeshin named the preliminary reason for the emergency at the Listvyazhnaya mine. According to him, most likely, this happened due to the explosion of methane. “Most likely, it was a methane explosion, due to the fact that there was some kind of spark, which entailed an explosion and a dynamic impact. He injured people who could not get out, ”the Deputy Prosecutor General said.

The incident became known on Thursday morning, November 25. Prior to this, it was noted that the cause of the fire in the mine could be the ignition of coal dust – the smoke through the ventilation spread throughout the mine. There were 285 workers underground, of whom 43 were injured. They were hospitalized, four of them in serious condition, 39 – mild and moderate. 11 people died. Later, the bodies of three rescuers were found in the mine.