PwC: 87 percent of entrepreneurs complained about the conditions for doing business in Russia 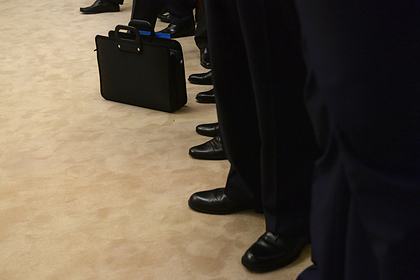 Russian entrepreneurs are dissatisfied with the conditions for doing business in the country. This is stated in a study by the international consulting company PwC, writes RIA Novosti. They named high taxes and bureaucracy as the main problems.

The survey, conducted in October-November 2021, was attended by heads of large, medium and small businesses – a total of 1001 people. The previous survey on this topic was conducted by PwC in 2018. In the latest survey, 53 percent of those surveyed said that doing business in Russia was “rather difficult”, while 34 percent said it was “very difficult” (30 percent in 2018). Thus, difficulties in doing business in Russia were noted by 87 percent of respondents (in 2018, 88 percent said so).

The greatest pessimism is observed among businessmen in the older age group, that is, 55 years and older. They more often than others called the conditions for doing business in the country very difficult (41 percent). Young entrepreneurs between the ages of 18 and 34 are the most optimistic, with only 22 percent of them complaining. At the age of 35 to 54, 34 percent of the respondents are experiencing difficulties. Only 10 percent believe that doing business in Russia is easy. Typically, this is the answer from entrepreneurs between the ages of 18 and 34.

The biggest complaints among CEOs are caused by high taxes (66 percent), administrative barriers and bureaucracy (57 percent), increased government control over business operations and lack of government support (46 percent each, respectively).

Representatives of medium-sized businesses more often noted administrative barriers (62 percent), lack of government support (52 percent) and unfair competition (50 percent). Also among the key difficulties is the lack of qualified personnel (62 percent). 8 percent of survey participants drew attention to the rise in prices and the unstable position of the ruble.

At the end of October, the Aktion Finance service published a study, according to which the number of small and medium-sized Russian companies that showed a loss or zero profit at the end of 2020 , increased by 59 percent. Enterprises from the sphere of consumer services, hotel business, catering, culture and construction faced the greatest losses.